Posted at 14:24h in by admin 0 Comments
0 Likes
Topic Progress:
← Back to Lesson

Yoga is a spiritual practice that was developed in India about 5,000 years ago. In ancient times, the desire for greater personal freedom, health, long life, and heightened self-understanding gave birth to this system of physical and mental exercise which has since spread throughout the world. The early writings on yoga were inscribed on the fragile palm leaves that can be easily damaged, destroyed or lost. The Yoga also finds its place in the scriptures of the Vedas and Upanishads. The ancient yogis or saints originally performed the India’s ancient Vedic religion, which emphasized mainly on rituals. But as the time approaches, these yogis want a direct spiritual experience and not symbolic ritual.

So they developed yoga. Taking into account the interrelationship between body and mind, the yogis formulated a unique method for maintaining this balance. This method combines all the movements with various breathing and meditation techniques that ensure peace of mind and physical health.

According to the yogis, true happiness, liberation and enlightenment comes from union of the divine consciousness known as Brahman with the self. Lord Shiva who is also called yogpurush is believed to be the first master of Yoga and nature cure. 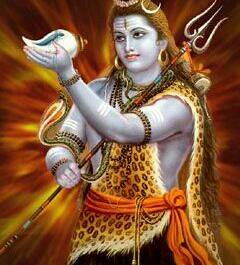 During the pre-classical period, the Yoga was developed by the Indus-Sarasvati civilization in the northern India. The word “Yoga” was mentioned first of all in the Rig Veda, the oldest sacred texts.

Yoga was slowly refined and developed by Vedic priests, who documented their practices and beliefs in the Upanishadas. One of the most famous scriptures is the Bhagavad Gita which was composed around 500 B.C. The Upanishads took the idea of ritual sacrifice from the Vedas and modified it. The Vedic pariests mainly believe in teaching the sacrifice of the ego through self-knowledge, action (karma yoga) and wisdom (jnana yoga).

During the classical period, the first systematic presentation of yoga was made in the Patanjali’s yoga sutras. These yoga sutras were written in the second century and describes the path of Raja Yoga, which is known as “classical yoga”. Patanjali is often considered as the father of yoga and his yoga-sutras still strongly influence all styles of modern yoga. In Patanjali, the art of yoga is divided into an “eight limbed path” that contain the steps to obtain the enlightenment.

During the post-classical period, the teachers of yoga created a system of practices that was designed to rejuvenate the body and life. They rejected the teachings of the ancient Vedas and developed the Tantra Yoga, with various techniques to cleanse the body and mind. Thus, these body centered practices further
led to the creation of Hatha Yoga.

During the period 1800 and 1900, the teachers of yoga started travelling to the west, to attract the followers. In the 1920, Hatha Yoga was strongly promoted in India by Mr.T.Krishnamacharya. Shri Krishnamacharya traveled through India and give demonstration of various yoga postures and opened
the first Hatha Yoga school. B.K.S. Iyengar, T.K.V. Desikachar and Pattabhi Jois were the three students of Shri Krishnamacharya who continued his legacy and increase the popularity of Hatha Yoga.

A lot many people in today times practice yoga for their well being, but do not know the history of yoga. The people in the west feel that this technique is a mysterious act of the east.The people in the east ridicule this as a crazy act performed by their forefathers. Yoga has lot more than meets the eye. A great deal of thought and research has gone behind the creation of yoga techniques.

The practices of yoga also find its mention in other traditions like Buddhism, Jainism and Islam. As its has been mentioned in such ancient text of the above-mentioned religions, the practice has survived till date.

Yoga practiced today s is very different from what it was practiced by the ancient people. Today yoga has not only become a thriving business but it has also become a fashion statement. Science has now proved that yoga can prevent and cure diseases and can help mankind lead a stress-free life.

Sorry, the comment form is closed at this time.